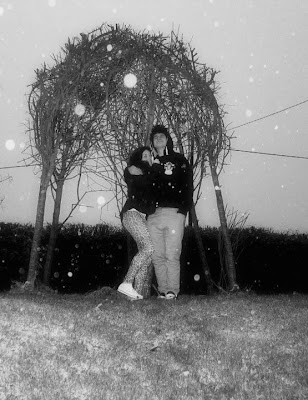 So this is basically my positive start to 2013! I thought I’d post about some of the things I want to achieve this year and things I’m excited for. I never ever call them New Year Resolutions because I really don’t believe in that concept; you shouldn’t wait for the New Year to make a life change, you’re more likely to fail if you do that.

There are millllllions of things I could say I want to do this year, but I’ll probably mention them in other posts. I also don’t want to get carried away and say unrealistic things like swim with dolphins or skydive, those kinda things just won’t happen ’til I’m older. So I’ll sign off my first post with one of my favourite photos of 2012 – a photo of me and Joe in the snow about this time last year (up at the top). See you soon…