How To Spend 4 Days In Venice 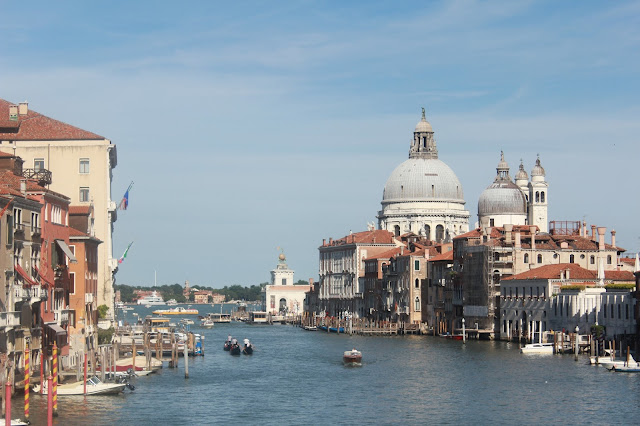 Hopefully you’ve already seen my general Italy itinerary which went up a little while ago – if not I’ll link it here. If you want a step-by-step to the ultimate 3-city trip, that’s the place to go. On the mini-posts I’ll just be posting some of my favourite snaps and hopefully giving you a bit of inspiration for places to go.
On arrival, you’re immediately submerged into Venezian culture when you have to get a water taxi from the airport to the main island. We were staying in an Air BnB about 5 minutes from St. Mark’s Square, which was beautiful and secluded. We felt so lucky to be staying so central; it’s not the cheapest of cities to find accommodation in. 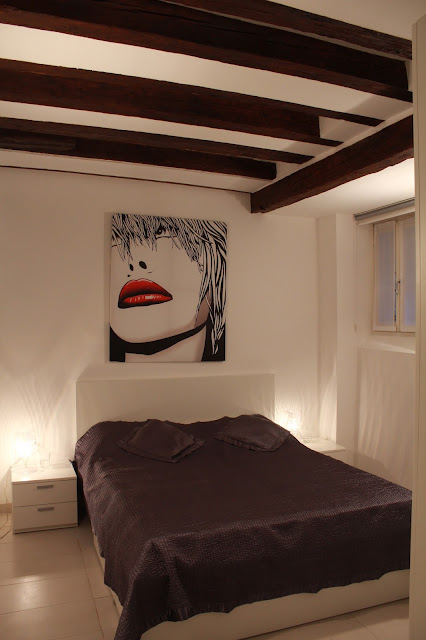 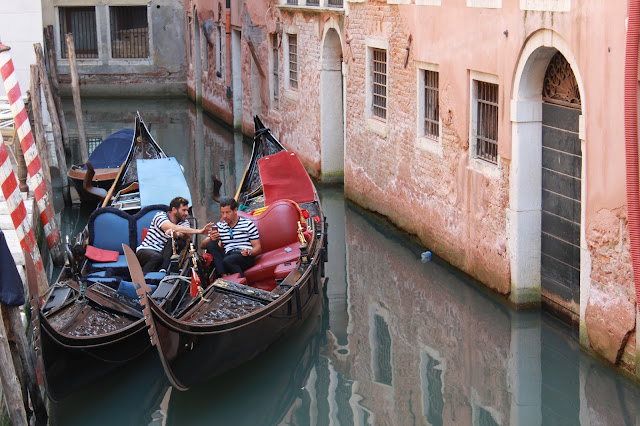 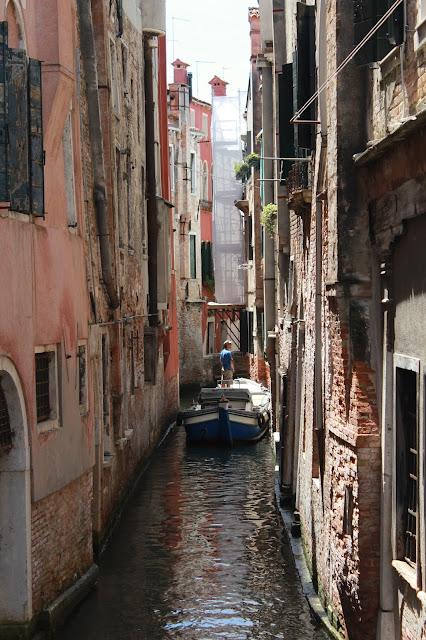 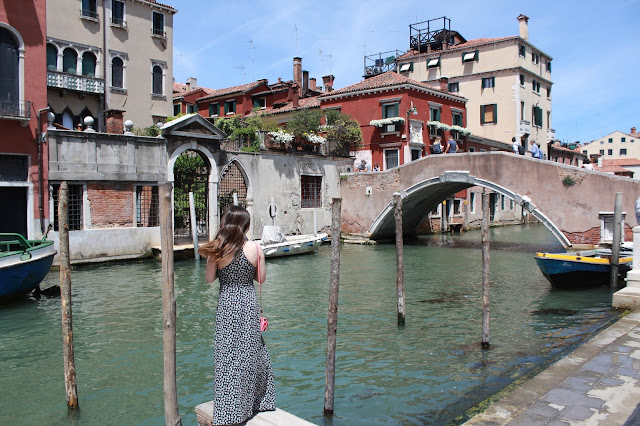 As we were so close to the main square, we spent a lot of time exploring there, going into the Basilica (don’t wear shorts/a vest if you’re a girl…) and Doge’s Palace, which is where the famous Bridge of Sighs is situated. We also got a bit lost on the way home a couple of times, which I’m sure is pretty easy to do in a city with so many little streets (which, by the way, ALL end up by the water). 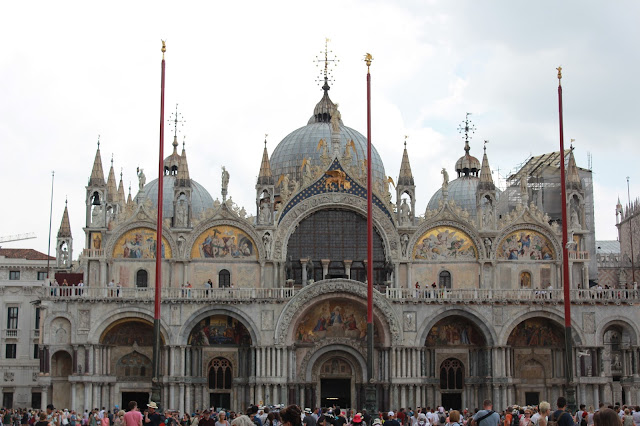 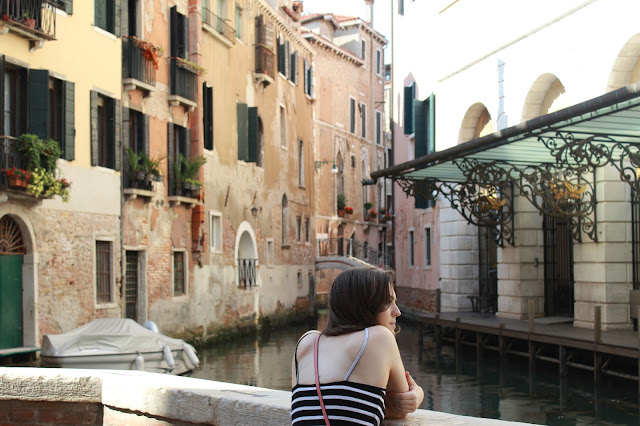 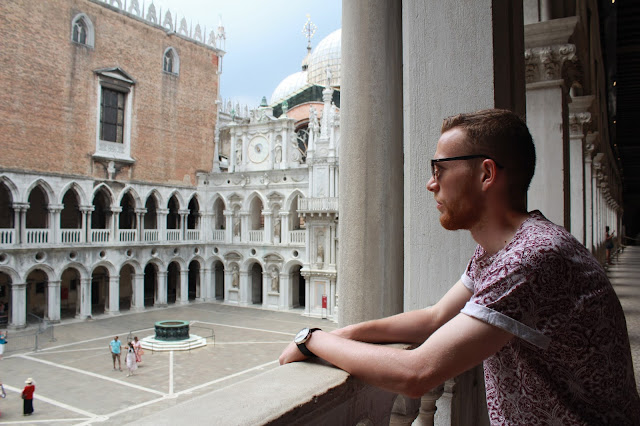 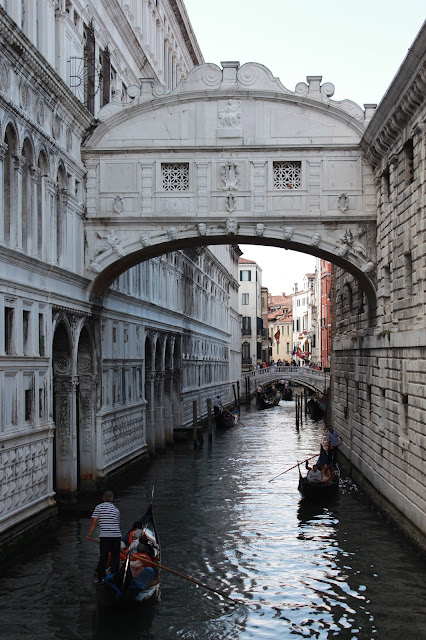 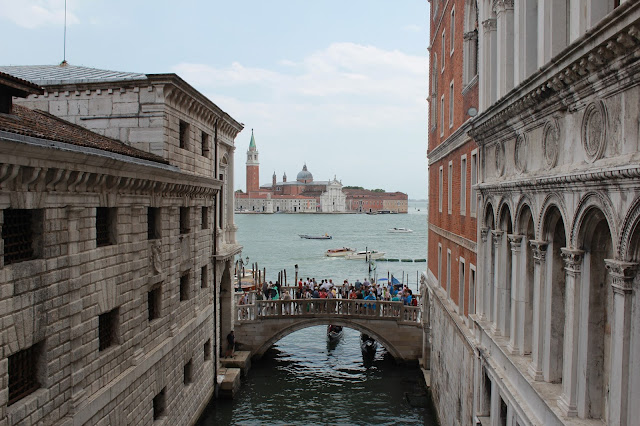 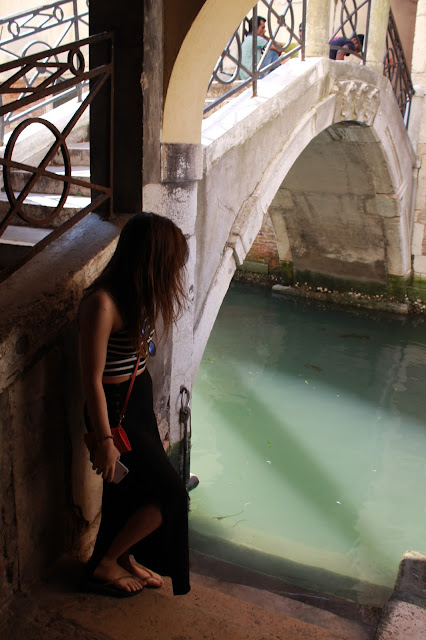 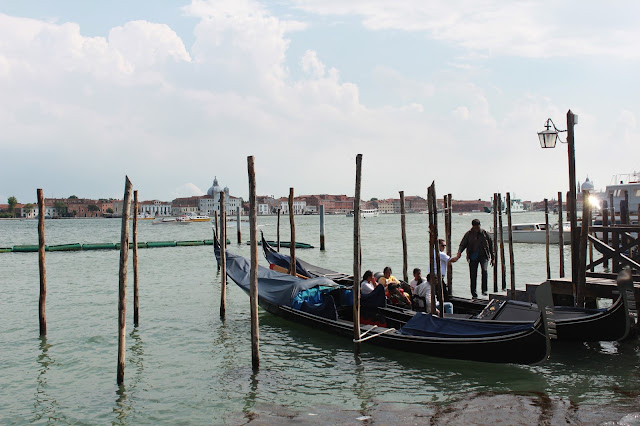 I searched on Pinterest for some inspo and we ended up going to the theatre. We spontaneously decided to do the tour which was totally worth the 8 euros it cost; a beautifully designed building with a fascinating history. 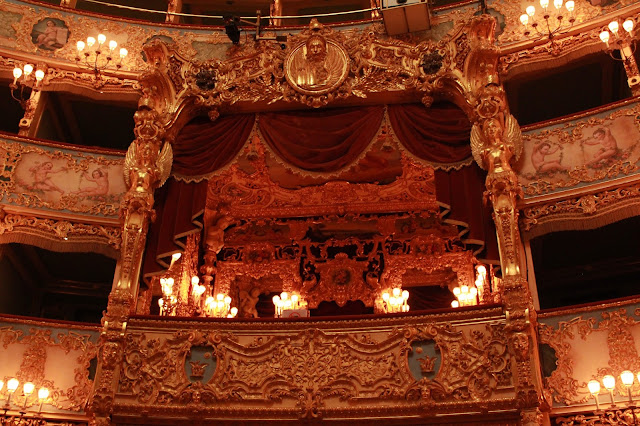 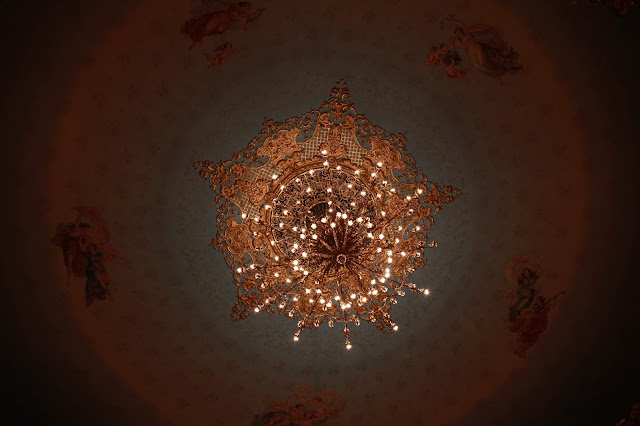 We also went to the Gallerie dell’Accademia which is on the other side of a huge wooden bridge from the main side of the island, totally overshadowed by the Rialto but still a hotspot for tourists. There’s an incredible view from there which is worth going to the southern point of the island for alone, even if you don’t want to go into the gallery. (Picture shown at the top of this post) 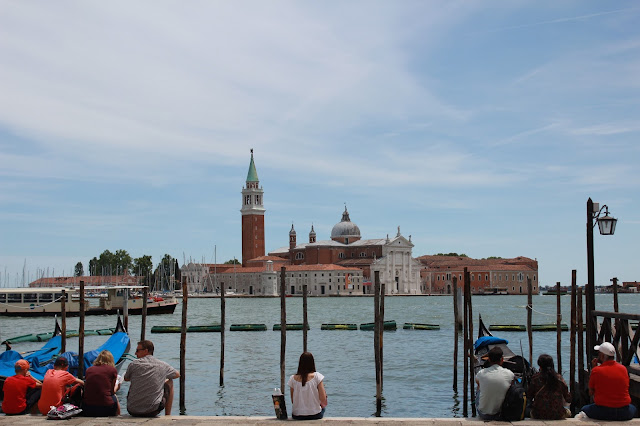 We were pretty knackered by this point so decided to get the water taxi back up to the top of the city; just as great as a Gondola and you don’t have to sell your soul for a ride! 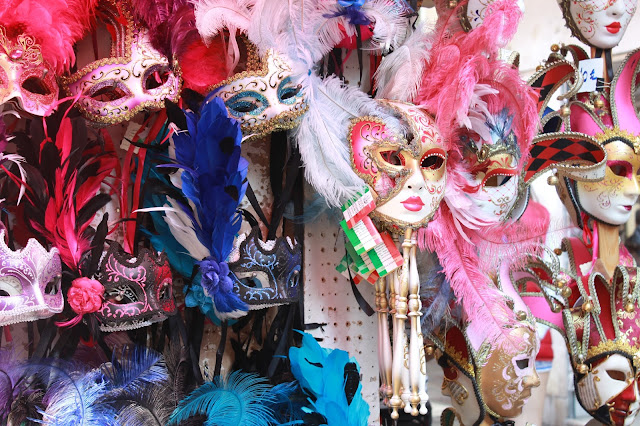 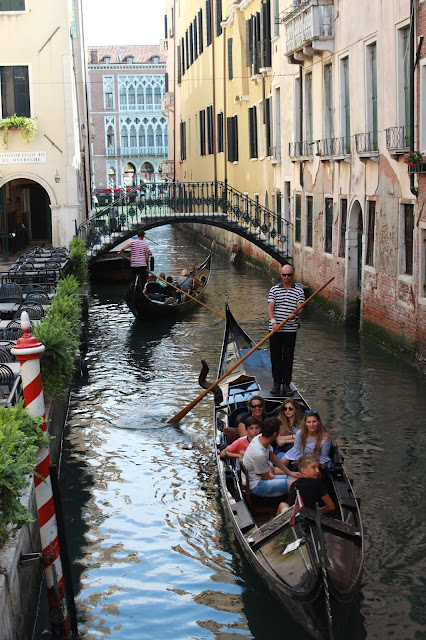 We also ventured into the side streets to find Palazzo Contarini del Bovolo, which seems to be a pretty well-kept secret as no one else was there. 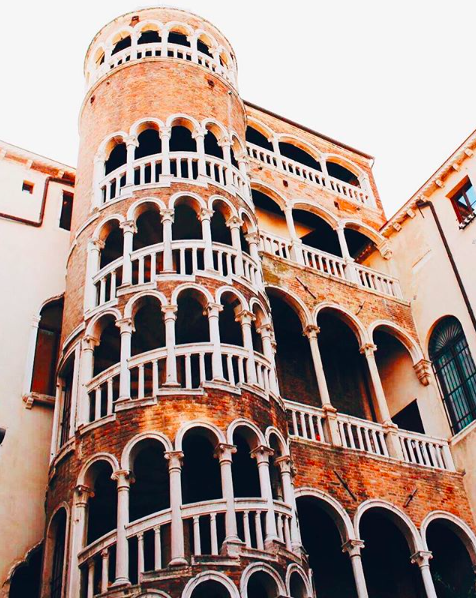 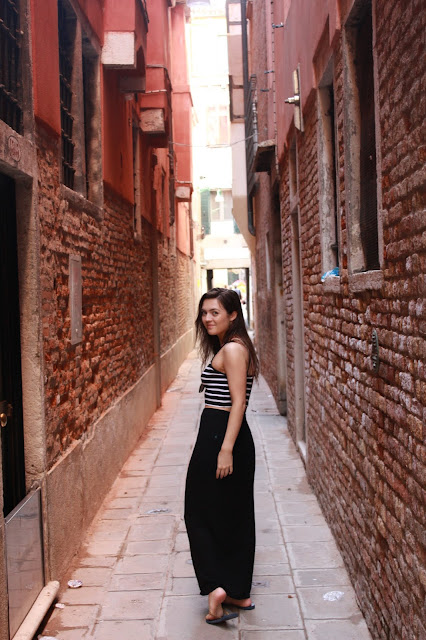 On our last day we decided to go to the train station via the Rialto Bridge, and sat at a nearby cafe for a while to breathe in the city for the last time. There’s also a sculpture about a 10-minute walk away which is 100% worth visiting if you’re interested in the impact of climate change (which, FYI, you totally should be). 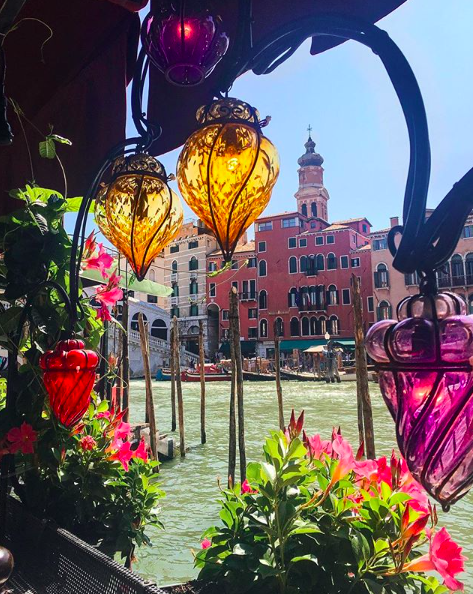 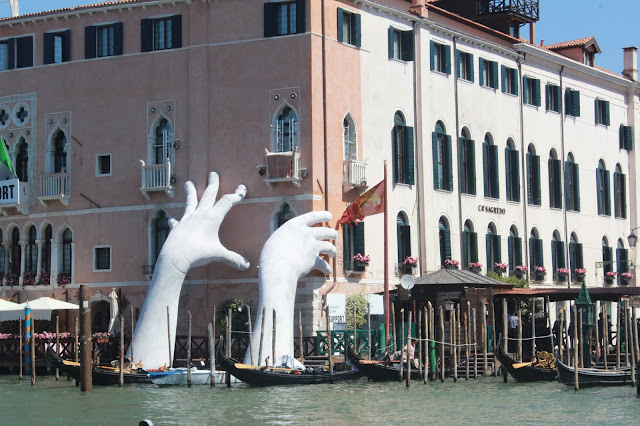 I could have easily spent longer in Venice, and I think when I go back I’ll visit Burano – a neighbouring village full of colour. I can still taste the chocolate and mango sorbet… 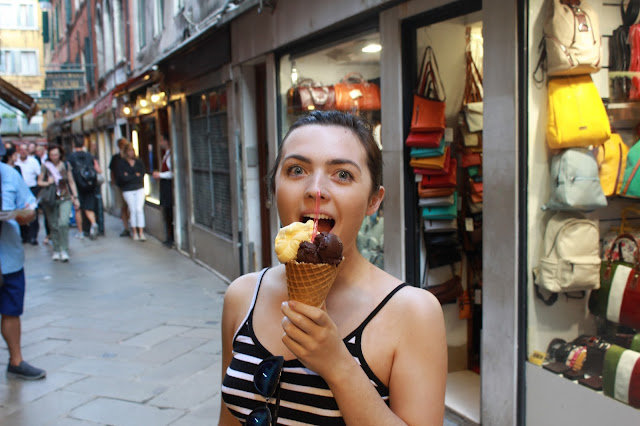 Soap & Glory One Heck Of A Blot Primer Review