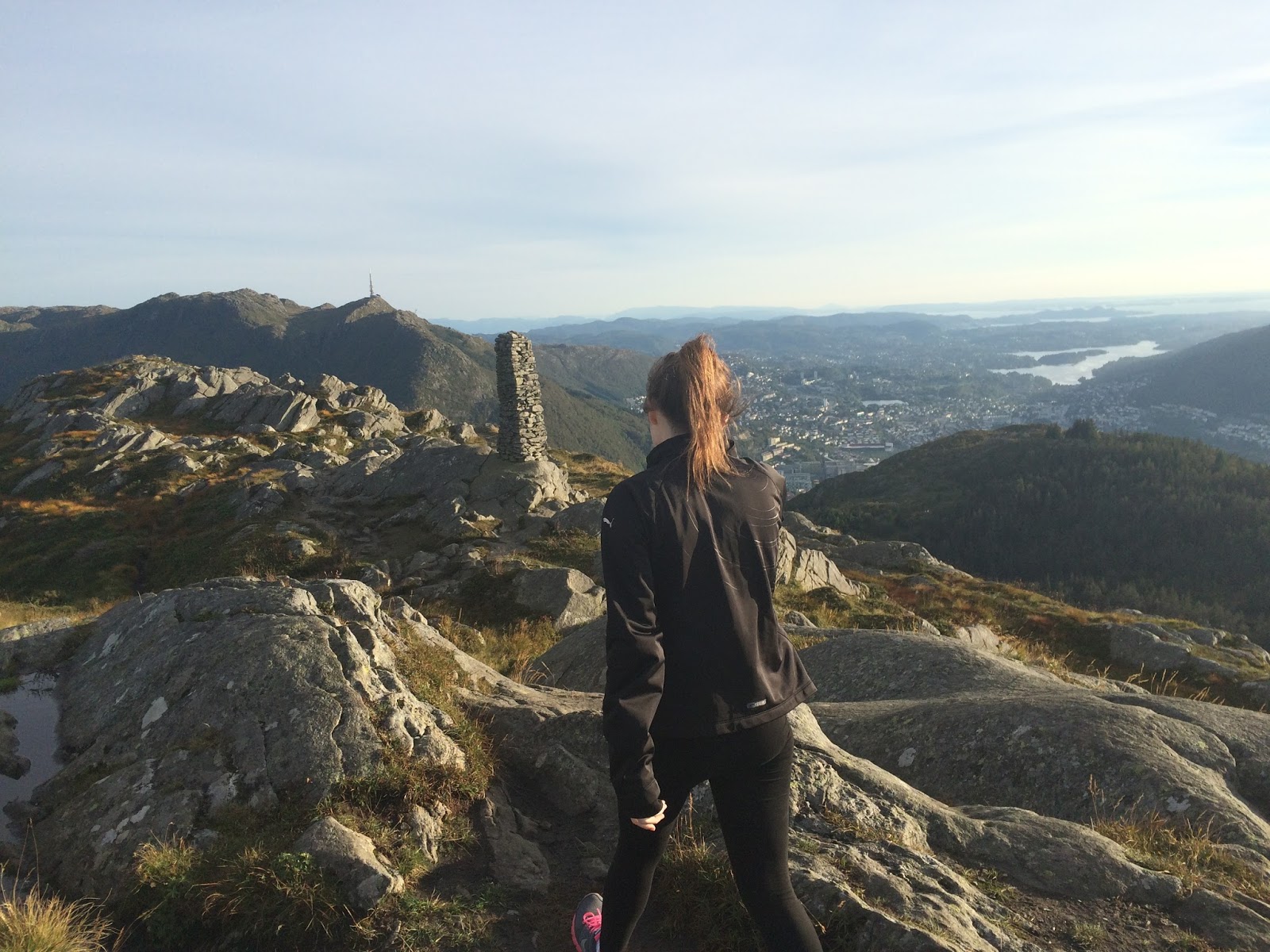 Today I am finally getting around to talking about my trip to Bergen… four months ago. I’ve been shockingly disorganised and ended up completely forgetting to do this post until now, and I would just leave it until I’m there again in March but I feel like it was too special a trip not to write about. It’s definitely one of those holidays I’ll want to look back on and blog posts are a great way to do that.
As a lot of you already know, my boyfriend and I have been long distance for most of our relationship. He started off at the University of York (about 5 hours away) and has recently moved to Bergen, Norway to do an Erasmus year there. It was very easy to visit him when he was still in England, but obviously Norway is a significant step further and so we only see each other every 2-3 months now.
I think though, that that’s what made the trip so incredibly special. I hadn’t seen Joe for 2 months and it was an exciting, new place that I’d never been to before. The moment I got home I realised it was, by far, the most beautiful place I have ever visited and I stand by that. There’s a reason it’s just been voted the best place to live in the world. 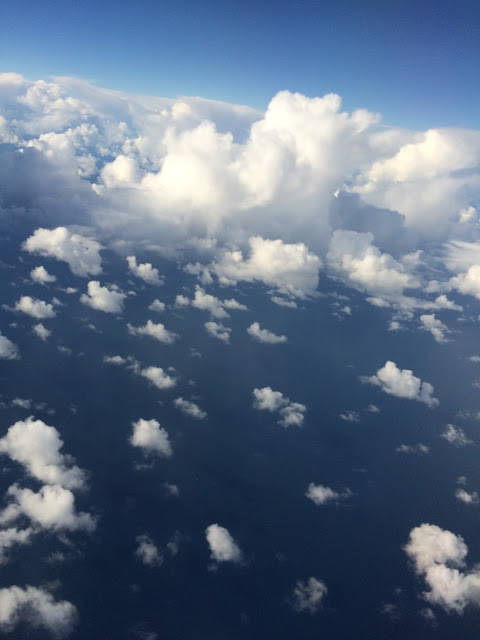 So, as with most trips, this one had to start with a plane journey. I’m a pretty nervous flier and I actually think my fear of flying got worse after the journeys to/from Bergen, but I’m hoping the more I do it, the easier it will gradually become. 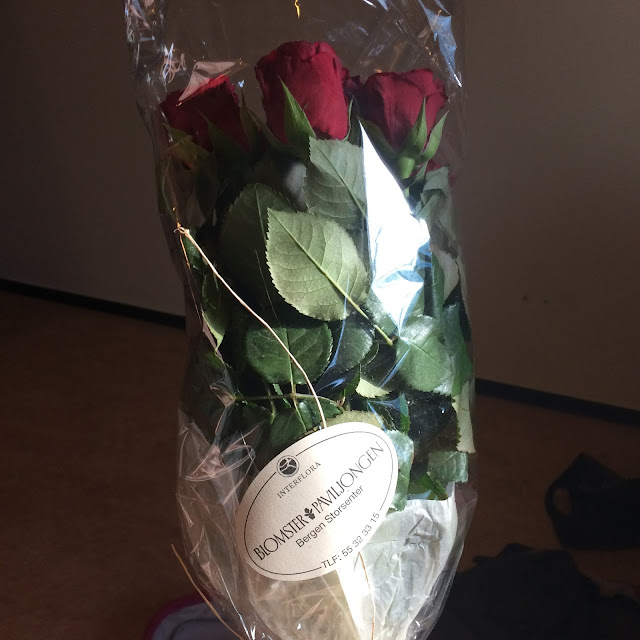 When I arrived, Joe met me with roses and I honestly can’t explain the mixture of emotions you feel after not seeing someone for that length of time. It’s incredibly exciting and nerve-wracking, all at the same time. The first day I was there I was pretty knackered (had to get up at 5am), so we just caught up and made dinner at the flat and made plans for the week ahead… 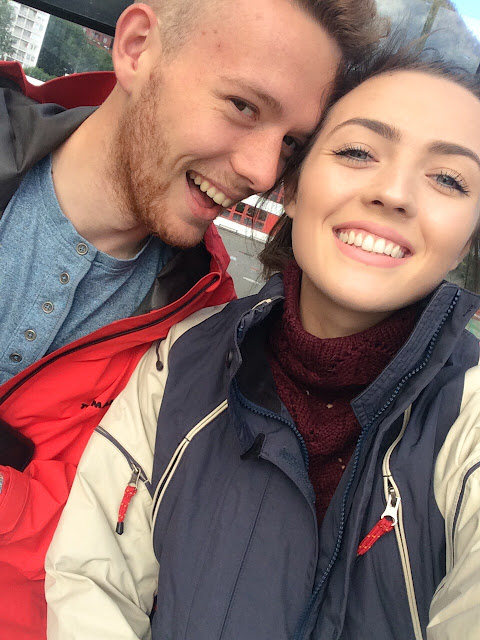 The first full day was breathtaking. I was so tired when I first arrived that I didn’t fully take in the sheer beauty of the city; you’re surrounded by mountains and greenery, unlike any other city I know. Joe first gave me a little tour of the city centre, and then we took a day trip to Ikea because I decided we needed to kit out Joe’s room. I will never tire of Ikea, it brings out the combination of utensil-loving woman and hide-and-seek loving child in me. 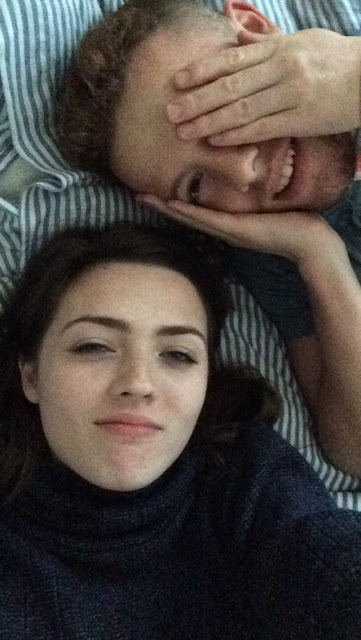 The second day wasn’t quite the same. We had our first night out and, after neither of us drinking for a while, it didn’t end particularly well for either of us. One thing to note about Norway is that they’re pretty strict on alcohol. Most clubs only let you in if you’re 20 or older, and you can only buy drinks on certain days of the week at certain times – and no spirits for under 20s either. Baring all of this in mind, I’m not quite sure how we ended up in the state we did… 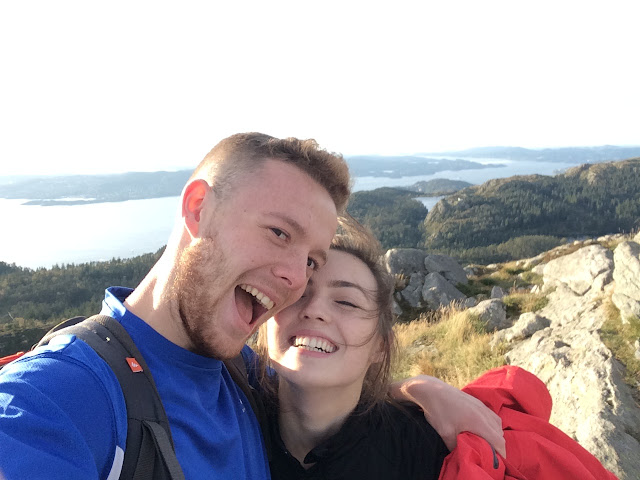 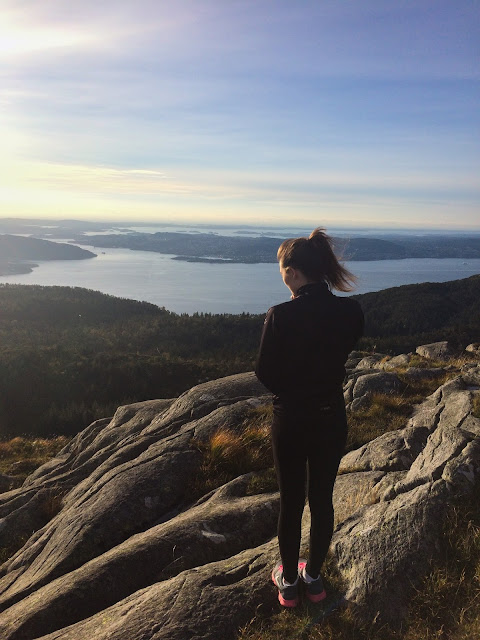 On the third day, however, we got ourselves up nice and early to take a 3-mountain hike. Joe was dying to show me all of the mountains surrounding us and I’m so glad he did. I won’t lie, I was pretty apprehensive as I know there’s definitely a fitness level gap between us, but the feeling you get once you’re at the top and can look over the whole city is like no other. I won’t bore you with the hundreds of pictures I took, but below is one of my favourites: a 4-hour difference from the top of the lowest mountain – Floyen. 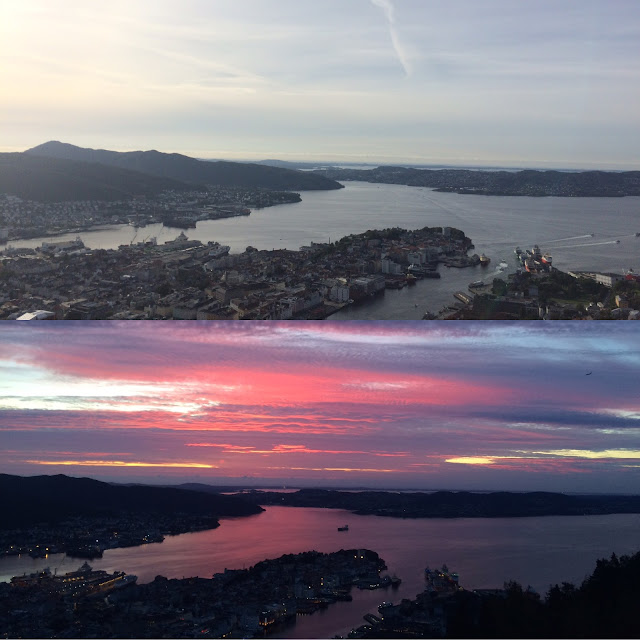 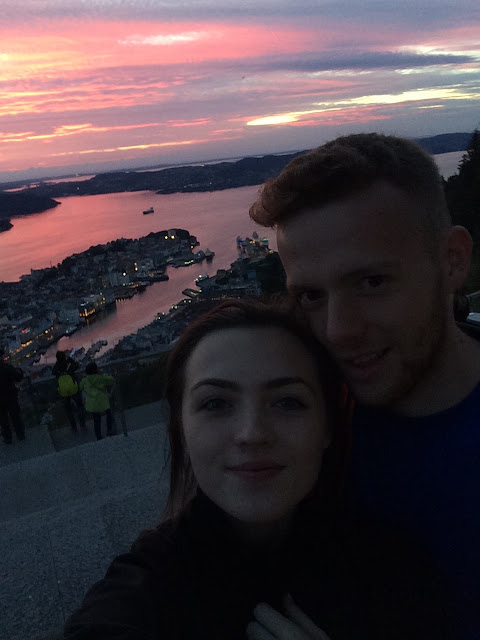 On the fourth day, we went out for dinner at an amazing Italian restaurant called Da Stefano. I’m not sure how many Norwegian readers I have, but if you’re from Bergen or are going there anytime soon I’d really recommend checking it out. Not only was the food delicious but the service was lovely – though I’m not sure whether that’s because Joe had the biggest pizza on the menu – a pizza that caused us to have to move tables because it was too big to fit on ours… 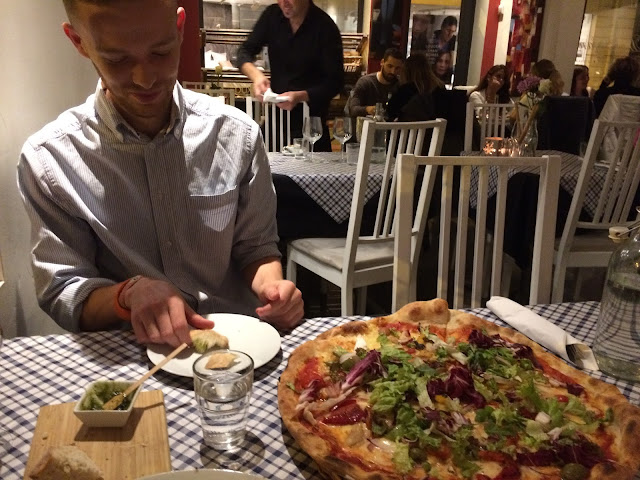 On the fifth day, Joe took me to the house of composer Edvard Grieg, who actually lived in Bergen for a lot of his life. If you don’t think you’ve heard of him, look him up. You will have heard of his music. One of my favourite things about the city is Bryggen (pictured below) that we drove past on our way to the museum. It’s a little row of beautiful buildings very typical of Norwegian architecture and really makes you feel like you’re in another world. 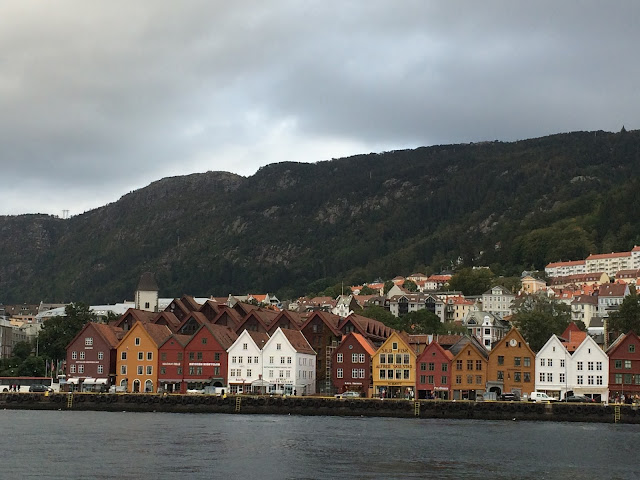 As the trip drew to a close, we spent the last couple of days cooking, shopping in the town centre and even a little couple’s trip to the gym (another thing Joe had a hard time convincing me to do). I had the most incredible time but I can’t wait to go back soon and do all the things we didn’t do last time. It’s definitely a city with lots of hidden gems of things to do, so hopefully Joe will seek them out before I arrive.
If you haven’t been, it’s definitely somewhere to add to your bucket list. It might not strike you as a must-see, and I must say if Joe hadn’t moved there I may never have gone, but it’s a really special place –  you could even catch a flight further up North and try to see the Northern lights.
There will definitely be another post when I get back in April as, like I said, I feel I’ll really be able to explore the city more and go into more detail. I’m writing as much as I can remember but it was quite a while ago now, so some of the smaller details have slipped away. I hope I’ve still given you an idea of the trip and possibly (hopefully) made you want to go yourself.
Thanks for reading and see you next time x 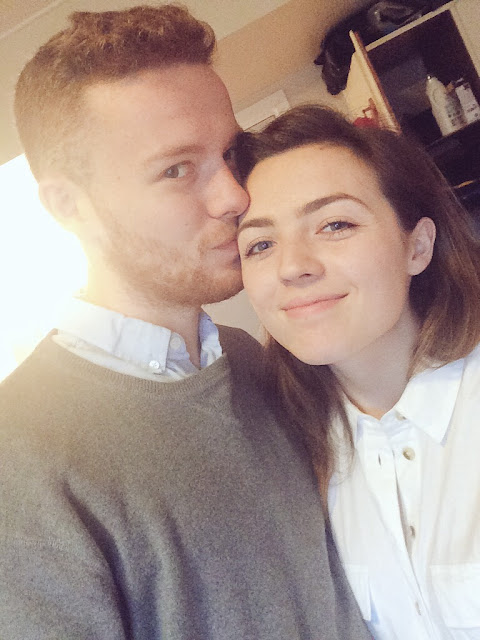 Nails Of The Day